IT WAS A FINE WEEK for the Brush Arc “diamond-men” as victories over Willoughby South, Madison, and yesterday over Lake Catholic (at Classic Park, home of the Lake County Captains) gave Brush its second 4-game win streak during the 2021 season. The Arcs now stand at 9-6 for the 2021 campaign but they’ll have little time to savor the success as upcoming games feature Mayfield (today at home), the Wildcats again on Wednesday (at their place), and then back-to-back affairs with Kenston on Friday (home) and Parma Saturday (home). So grab some peanuts & Cracker Jack’s and come out to “root, root, root for the home team” this week !  Game recaps and line scores below….

The Brush Nine defeated Willoughby South 10-8 on Monday after taking the lead late in the game. The score was tied at six with the Arcs batting in the top of the eighth when Andrew Jones‘s sac fly scored one run for the Arcs. Both pitching staffs had their hands full, frequently dealing with runners on base. Brush collected 11 hits and South had five. The brown & gold opened up the scoring in the second inning when Frankie Orgovan induced Khalil Littlejohn to hit into a fielder’s choice, but one run scored. In the bottom of the seventh inning, the Rebels tied things up at six when Jerome Gural‘s sac fly scored one run for South. Jones was the winning pitcher for the Arcs. The Ohio State commit went two and two-thirds innings, allowing three runs on three hits and striking out four.  Adam Salesky took the loss for South. He went two-thirds of an inning, allowing one run on two hits, striking out one and walking one. Jared Wittels started the game for Brush. Wittels allowed two hits and five runs over five and a third innings, striking out nine Orgovan allowed nine hits and nine runs over seven and a third innings, striking out seven. The Arcs totaled 11 hits in the game. Manny Auzenne, Jones, and Cameron Stovall each racked up two hits to lead Arcs.

The Brush Arcs had everything working on Friday, winning big over Madison 13-3. Madison actually took a short-lived lead in the first inning. Jaren Havens drew a bases-loaded walk, scoring one run. Staring at a 2-0 deficit in the bottom half of the 2nd, the Arcs pulled away for good with five runs of their own. In the frame, an error scored one run for the Arcs, Ababacar Seck singled on a 1-0 count, plating another, Andrew Jones drew a walk, scoring one run, and Dimario Ballom singled on the first pitch of his at bat, bringing home a pair. After Madison scored one run in the top of the third, Brush  answered with one of their own. Madison scored when Havens doubled on the first pitch of the at bat, tallying one run. Brush then answered when an error gifted one run for Arcs. Jones was the winning pitcher for Arcs. The junior righty surrendered three runs on five hits over five innings, striking out ten. Nolan Thomas took the loss for Madison. The hurler lasted three innings, allowing eight hits and eight runs while striking out two. The Arcs piled up 12 hits in the game. Khalil Littlejohn, Manny Auzenne, Ballom, Sean Miller, and Jared Wittels all managed multiple hits for Arcs. Littlejohn went 3-for-4 at the plate to lead Arcs in hits. Brush didn’t commit a single error in the field. Littlejohn had the most chances in the field with five. Eli Klimko led Madison with two hits in three at bats. 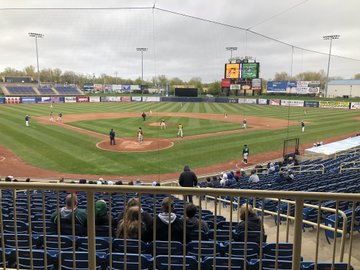 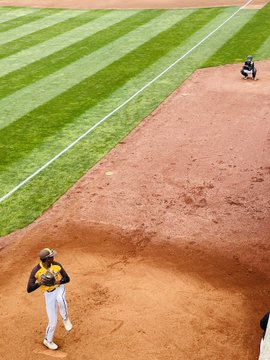