PHOTOS courtesy of   THE NEWS HERALD

THEY SAY THAT GOOD THINGS come in “3’s”……..and that philosophy was certainly in evidence last night (2/18/21) at Welser Gym, as the Lady Arcs basketball team tore through a Cuyahoga Falls squad that looked as disoriented as a vegetarian in a steakhouse. The Arcs scored early and often, in every manner possible, and clamped down defensively so thoroughly on the Black Tigers that by the end of the opening period, Cuyahoga Falls was still searching for their first points !

This was a Sectional final that seemed anything but, as Coach Demarris Winters’ crew came out with an intensity that earned them a 62-17 conquest and the opportunity to move on to a third playoff game next week – but more on that in a moment. Getting back to the “3’s” theme, the Arcs rode the 3-point shooting of sensational guard Kayla White and point guard heir apparent Brooklyn Vickers to a stunning 28-0 lead after 1 quarter. White, the senior, drilled 4 from long distance and Vickers, the freshman, delivered 2 more as 6 of the Arcs 10 field goals in the initial 8 minutes were seemingly launched from Mayfield & Richmond roads ! By the time White added her 5th trey of the game, and Mya James buried one from way outside – Brush was capping off a 47-14 first half lead that was simply insurmountable for the Black Tigers. Soph Mackenzie Kramer (9 pts) and senior Emma Brustoski (5) rallied CF from their scoreless 1st quarter by contributing all 14 of the visitor tallies in the 2nd – but the Arc advantage had still swelled from 28 points to 33 by intermission. 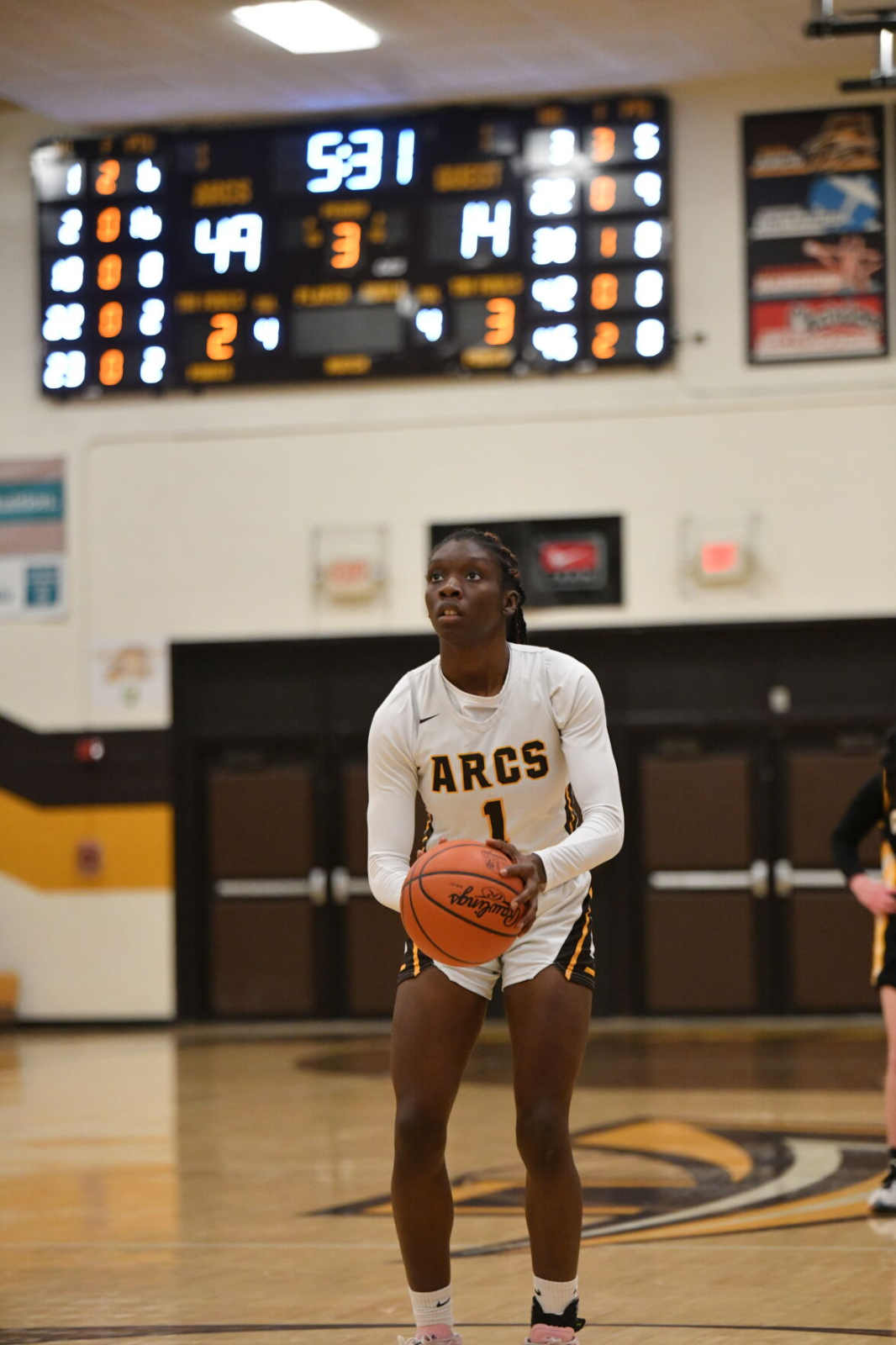 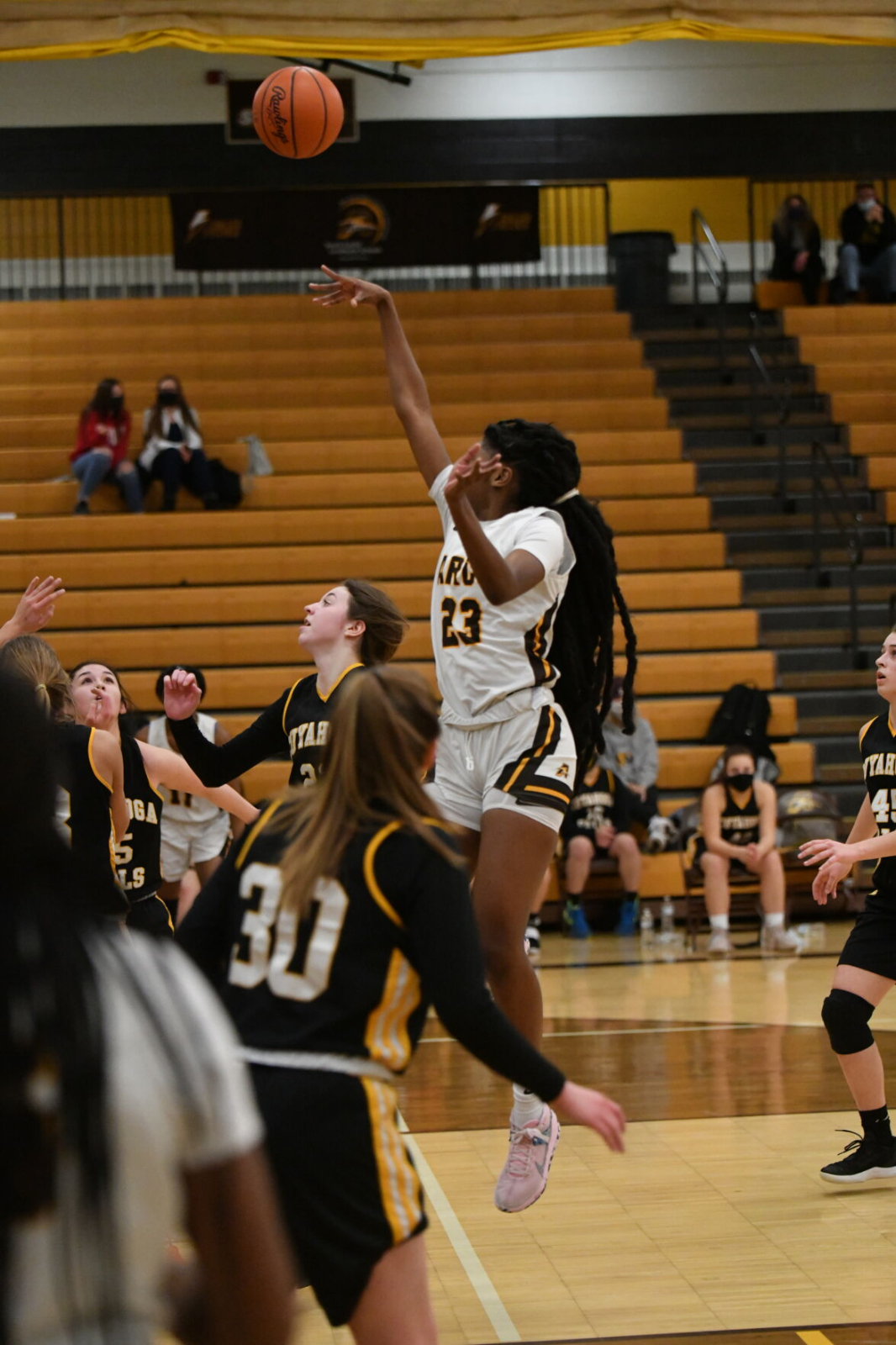 From the opening tip, Brush employed press after press that literally smothered and frazzled the Tigers into numerous turnovers and poor shot selection (WHEN they were even able to take aim). Brush rotated beautifully on D, covered for each other as needed, and the quickness, size, and court awareness the ladies displayed was nearly flawless. The Arcs, once the big lead was built, did substitute frequently, so valuable playoff minutes were gained by the Arc reserves. The buzzsaw (aka Arc defense) that CF encountered was responsible for the Tigers registering only 5 total field goals in the game, while Brush recorded 10 in the 1st stanza alone. In addition, Brush held CF scoreless in BOTH the 1st and 3rd quarters, and just 3 points (there’s that “3 again) in the entire 2nd half. 11 different Arcs scored in this one, as opposed to….you guessed it….3 players for Cuyahoga Falls ! And to top it off, the Black Tigers represented opponent number 3 this season boasting of a “feline” type nickname, Brush having already tamed the Cleveland Hts Tigers and Mayfield Wildcats !

And so, the Lady Arcs will set sail for North Canton Hoover HS next Tuesday, 2/23 in a District semi-final against the Vikings at 7:00pm…..and you can be sure that this battle will provide a more stern challenge for “the ladies of Lyndhurst” – but one they WILL be ready for ! 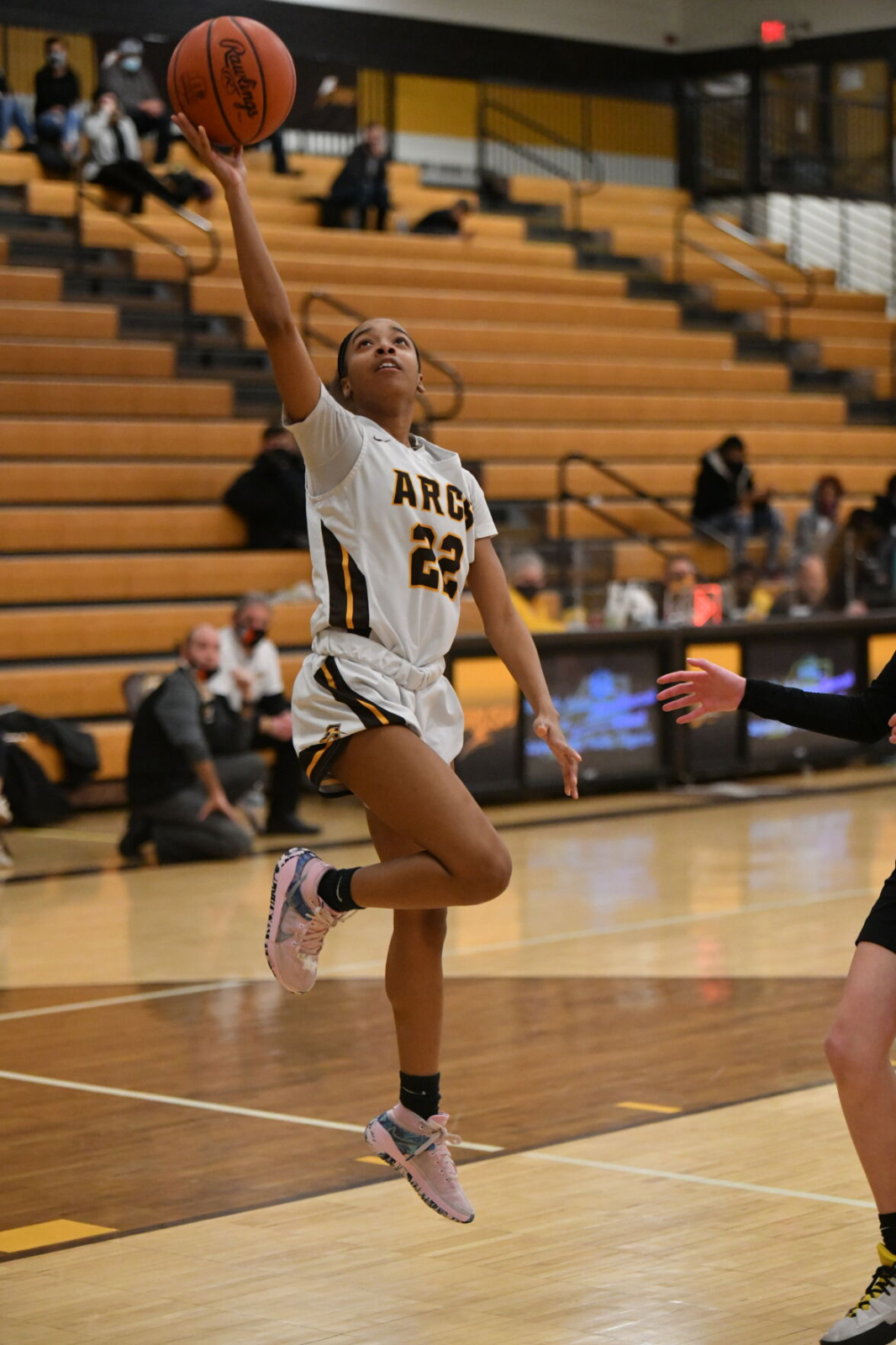 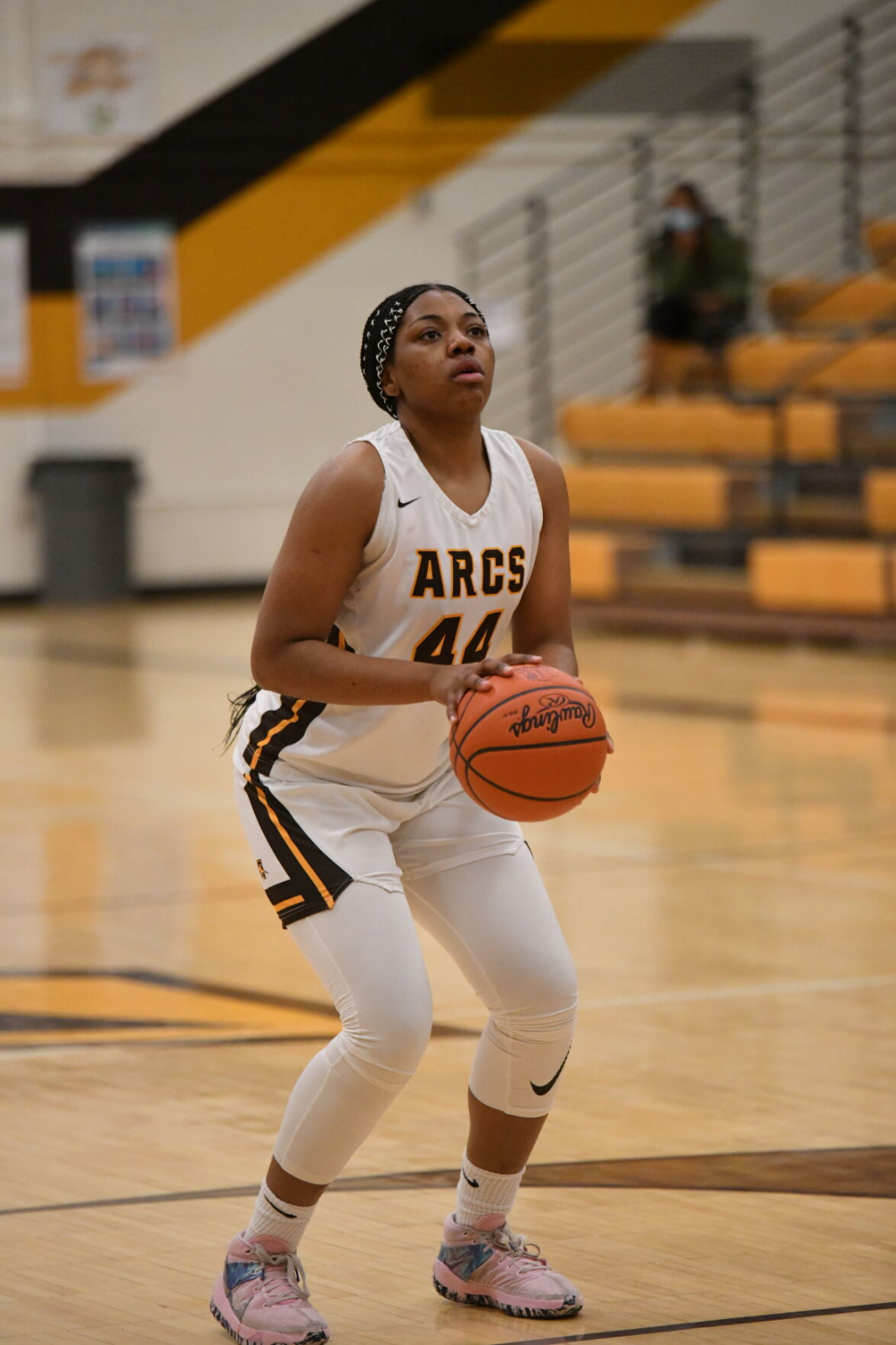