The 1985 Arcs Compiled a record 30-4, coached by the iconic Jim Humpal. The Team finished as state runner-up losing 8-5 to Fairfield in title game. On their way to Columbus they defeated Eastlake North in District Final, Euclid in Regional Championship (picture below) and Toledo Whitmer in State Semifinal. The Late Coach Humpal started his coaching career at Greenview Junior High school in 1960 where his teams compiled a 28-2 record. He started the JV program at Charles F. Brush High School in 1963, and became the Varsity baseball coach in 1964. His varsity teams compiled 500 plus wins during 28 years.  Coach Hump was inducted into the Brush Athletic Hall of Fame in 2000.  The ’85 Arcs were inducted in 2015. 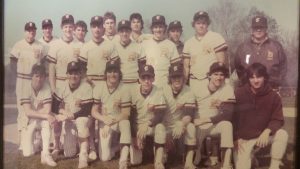 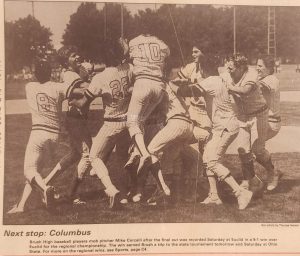